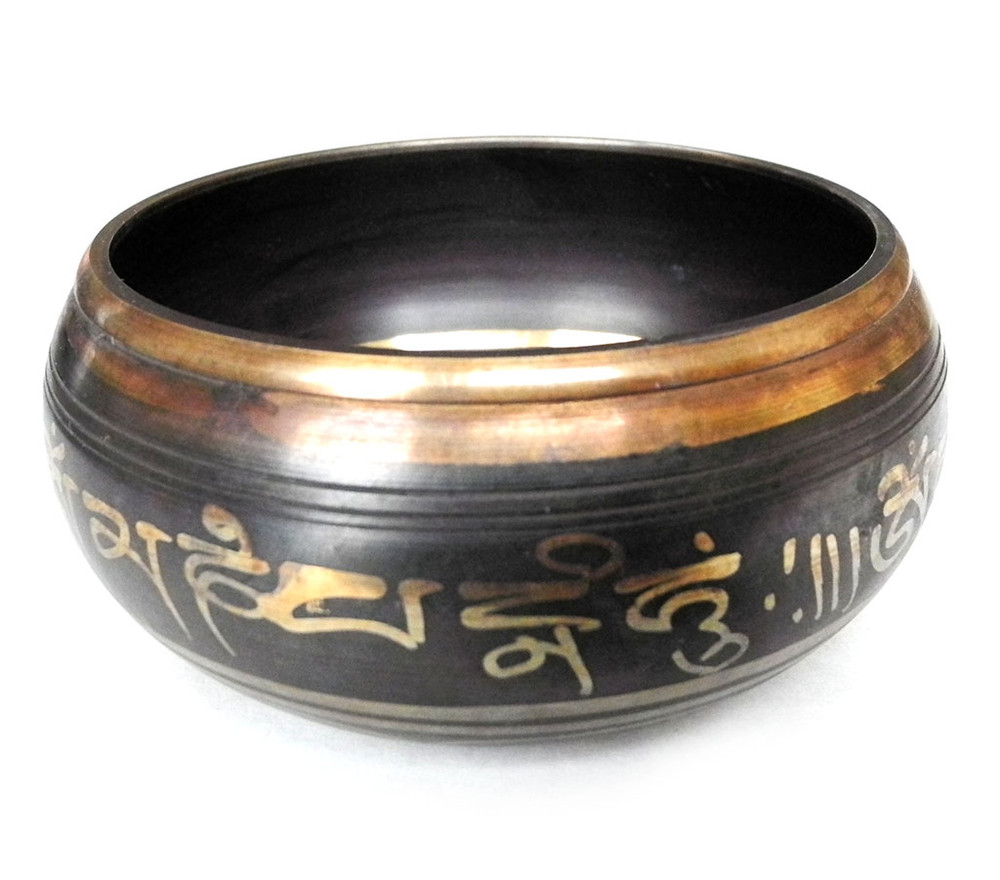 The use of Tibetan singing bowl dates back to 1100 BC. They were first used by Shamans of Bon religion. Over the years it has evolved into a meditation tool because of its characteristic harmonic tones and its ability to bring inner peace. They are made up of seven sacred metals and were used by the highest of Lamas. However, majority of the bowl these days are used for yoga, Reiki, Feng shui, sound massage, sound therapy, meditation and for centering chakra. Tibetan singing bowls have unmistakable effect on people. Ancient civilizations throughout the eastern hemisphere use an evolution of singing bowl for healing or as a way to enter into other world or realities. Sound produced by the vibration of the singing bowl helps center different chakras of our body. When we think about it, entire universe runs or communicates on different frequencies of vibration. We may not perceive some sound, as it may be below or above the threshold of our hearing but the sound is everywhere. Scientific studies have shown that sound can produce changes in the autonomic, immune, endocrine and neuropeptide systems which could explain the healing properties of using Tibetan singing bowl. It is also used to achieve optimum state of tranquility in our brain during mediation or Yoga.

Chakras are energy centers located along the center of the body. The word "chakra" means "wheel", and people who can see them often report seeing vortices or spinning wheels of light. The chakras act as transformers of this light / life force / prana / chi, releasing this subtle energy into the aura or etheric body, and then to the physical body. The chakras are related to the endocrine system, the ductless glands of the body. Chakras also affect and influence the part of the body where they are located. Unbalanced chakras can lead to physical imbalances. Many vibrationer or energy workers believe that it is the disharmonious, unbalanced or insufficient flow of subtle energy through the chakras which is the ultimate cause of disease.
Following is a brief description of the chakras, including some of the physical, emotional, mental and spiritual areas that may be balanced or enhanced through work with the crystal singing bowls.

4. The HEART chakra is positioned in the center of the chest, usually shown to be even with the nipple line. The heart is associated with compassion, friendship, empathy and the ability to give and receive love. GREEN is the color of the heart chakra and the musical note is F. Sometimes the heart chakra is shown as pink, especially in relation to sending love out from the heart.
3. The SOLAR PLEXUS chakra or THIRD chakra is located midway between the end of the breastbone and the navel. It is associated with issues of personal power, emotions (especially blocked emotions), passion for living, and the ability to protect oneself from being the target of negative or aggressive emotions. YELLOW is the color of the solar plexus chakra and the musical note is E.
2. The SACRAL chakra, also called the SECOND chakra or the SEXUAL chakra, is positioned in the area between the navel and the pubic bone. Depending on which sources you read, it can be shown to be centered on the navel itself or to be aligned with the sexual organs - ovaries in women and testes in men. It is associated with creativity, sexuality, relationship, and reproduction. ORANGE is the color of the sacral or second chakra and the musical note is D.
1. The ROOT chakra, also called the FIRST or BASE chakra, is located at the base of the spine. It is associated with issues of survival, drive, ambition, grounding one's energy in the physical dimension, your life forces, and balancing experiences that create "fight or flight". RED is the color of the root chakra and the musical note is C.
How to play