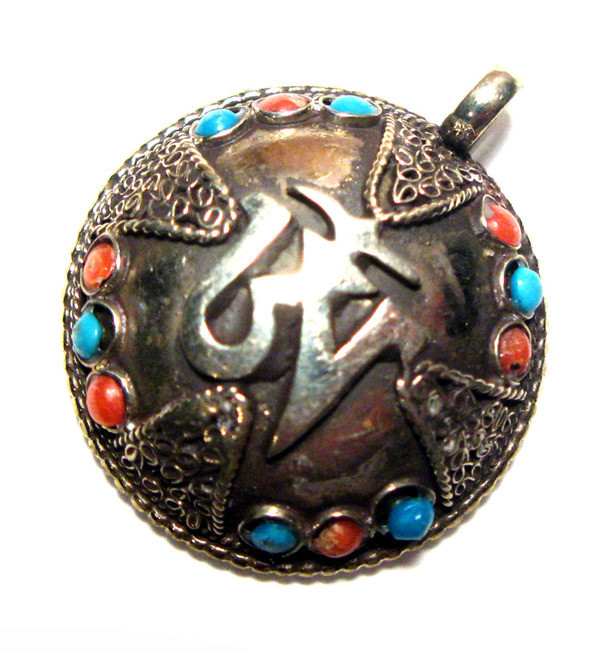 What is Om and what does it mean?

Before the beginning of the universe, the Brahman (absolute reality) was one and non-dual. It thought, "I am only one may I become many." This caused a vibration which eventually became sound, and this sound was Om. Creation itself was set in motion by the vibration of Om. The closest approach to Brahman is that first sound, Om. Thus, this sacred symbol has become emblematic of Brahman just as images are emblematic of material objects. It is the mother tone and contains frequencies of all other sounds. The vibration produced by chanting Om in the physical universe corresponds to the original vibration that first arose at the time of creation. The sound of Om is also called Pranava, meaning that it sustains life and runs through Prana or breath. Om also represents the four states of the Supreme Being. The three sounds in Om (AUM) represent the waking, dream and deep sleep states and the silence which surrounds Om represents the "Turiya" state. Because the first of the three states of consciousness is the waking state, it is represented by the sound “A”. The material world of the waking state is symbolized by the large lower curve. The dream state of consciousness lies between the waking and the deep sleep, it is represented by the letter “U” The last state of consciousness is the deep sleep state and is represented by “M” and is the upper left curve of the Om symbol.